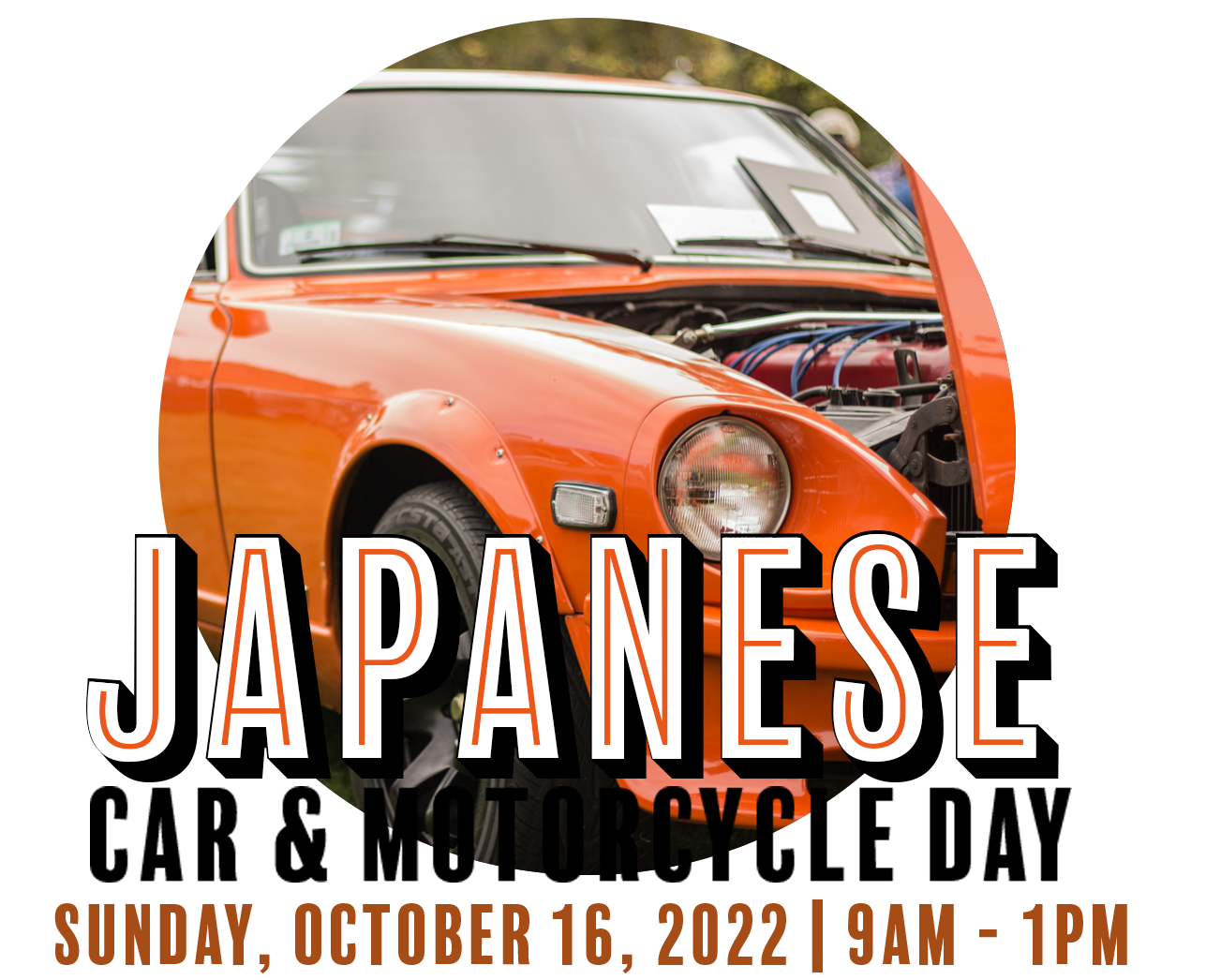 All over the world, Japanese vehicles have made their mark on the automotive & motorcycle industry. Cars and Motorcycles from the Land of the Rising Sun often don’t get as much respect as some of their Western counterparts, but Japanese Day is a celebration of Japan’s important role in the story of the car & motorcycle.

The show starts at 9am and runs until 1pm.

AND THR DISTANCE AWARD GOES TO...

Andrew’s Adventure overview: I’m taking my ‘84 Z from Los Angeles to, ultimately, the Hudson Valley (New York) but first crossing Arizona, New Mexico, then swinging up north to stop in Madison, Wisconsin before pushing east to roll up to Japanese Car and Motorcycle Day at the Larz Anderson Auto Museum.

Andrew’s background: I’m a career automotive journalist; currently Editor-at-Large at the online publication The Drive. Previous jobs include Editor-in-Chief of Car Bibles and Road Test Editor of Jalopnik. Similarly, I’m a lifetime car enthusiast and have been amassing/restoring a modest collection of cars for many years.

I’m originally from the greater Boston area but lived in Los Angeles for many years and still call California home. Currently staying in New York’s Hudson Valley. I love road trips and have driven all over the USA, Australia, and even parts of Africa and South America. This will be my eigth time crossing the continental U.S. by car, and the oldest car I’ll have attempted it in (but not by much).

Car’s backstory: In 2017 I published a short story about a Nissan Z on Jalopnik.com. Shortly after that, a woman named Mary-Ann emailed me and asked me if I’d like to have hers. Puzzled but intrigued, she and I got to talking and ultimately I ended up at her house in Paso Robles, California looking at the 1984 Nissan 300ZX she’d owned since it was new. She really wanted it to go to a new home, and I was immediately smitten with the t-top roof and custom pin-striping she’d had done in the 1980s—her name is painted across the tailgate like Sally Carrera’s tattoo (from the kid’s movie Cars).

I ended up giving her $100 for it and towing it home to LA. While it ran, drove, and stopped, I quickly realized that years of neglect had rendered it pretty rotten. I tinkered with it a bit, but it spent another year languishing in my garage while I decided what to do with it.

Once COVID hit and everybody was ordered to stay inside, I decided a good use of my time (and a distraction from scary world news) would be to restore the car properly. With the help of many friends, industry experts, and a trusted mechanic shops, I got an immense amount of work accomplished on the vehicle and got it running perfectly.

Unfortunately, I had to leave it with a friend in California about a year ago, and its condition backslid a bit. Luckily I was largely able to wake it back up with a few minor repairs, and now I’m hoping to get it to my garage in New York so I can continue working on it and bring it into its next phase of restoration. I’d dreamed of having it painted and restoring the paint to its original glory, but after a long talk with an auto body expert, I decided it would take too much time and money. So I’m just going to let the sunburned paint ride for a bit.

The car is like my Millenium Falcon. It may not look like much, but it’s got it where it counts.

Why it’s going cross-country: My wife and I got a place to stay in rural New York, and I had to move my fleet of vehicles from California to the Hudson Valley. We towed my Scout with a U-Haul truck, and my Montero drove in convoy. My wife, friend, and sister and I all swapped between who drove what. I didn’t own my BMW or Honda yet, but I did have the 300ZX in LA. I originally planned to leave it with a friend and go back for it in a few months, but time flew by and it took me an entire year to get back to California. Finally, the place I was stashing it could no longer accommodate me, so I had to fly back and retrieve it once and for all!

I guess I could have sold it too, but, that didn’t seem like as much fun.

On past experiences with the Larz Anderson Auto Museum: My father, an Italian car owner and fan, brought me to Tutto Italiano in 1999 and I’ve been to a bunch of the museum’s shows since then. But since moving out west I haven’t been back, so I’m really looking forward to returning to the museum and seeing everybody’s cool Japanese cars on the lawn.

Instagram @andrewatlarge
The Drive: My 1984 Nissan 300ZX Is Trying To Cross the USA After a Year in Storage