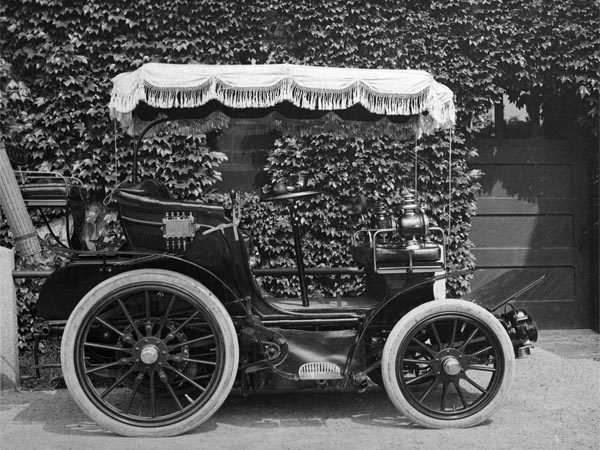 L arz Anderson’s favorite touring car, the Rochet-Schneider, was a rare and innovative automobile even for its time. Manufactured and made by bicycle maker Edouard Rochet and his dad, Thoephile Schneider, the company’s motto was strength, simplicity, silence. This automobile was modeled after a Benz, with a single-cylinder engine and belt drives. Passengers rode on the front seat, facing the road for a bettering touring experience. The backrest could then be positioned the other way, facing the driver; this was called vis-a-vis.

The Andersons purchased this automobile in 1900 for a motoring excursion through the Loire Valley of France. However, due to the rarity of the car and its parts, it was taken off the road early on. The Andersons used the vehicle only for special occasions, such as the Independence Day Parade in Brookline, where their chauffeur, Bernard Foy, dressed up as Uncle Sam and handed out candy to parade spectators.