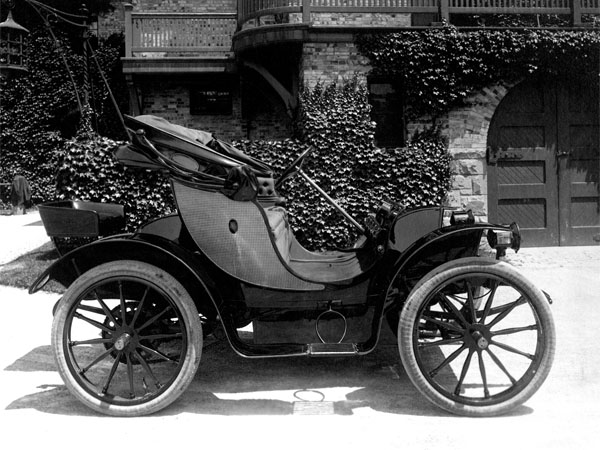 T he second of the two electric cars owned by the Andersons, this automobile holds a special place in the Anderson collection as Isabel’s favorite car. Electric cars were advertised as automobiles specifically for women. In one advertisement it stated, “a lady could be individual of a chauffeur – when, where, and as long as she pleases.” The car was advertised as being self-driven, which benefited Isabel tremendously, for she was the first woman in Massachusetts to get a drivers license. However, as it was for many affluent women at this time, a footman’s seat was located in the rear of the car for her convenience.

Colonel Edward Warren Bailey was the creator of the Bailey Electric; he took over his father’s carriage company in 1887. Bailey is also known for inventing window glass channel, which prevented windows from rattling while driving. The Bailey was $2,000 to $2,600 to purchase and cost 1 cent per mile to drive. Thomas Alva Edison even sang the Bailey’s praises, stating that it was the most suitable car for his battery. Another accomplishment for this automobile was being the first electric car to travel 1500 miles from Boston to New York City to Chicago, going 21.5 mph. In all that time the car did not require any repairs or replacements, a great feat for any car at this time.