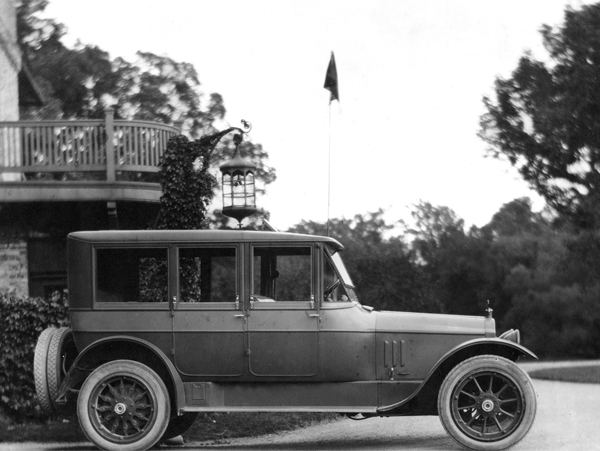 P urchased by the Andersons in 1915, this automobile was built by the Packard Motor Company of Detroit, Michigan, and bodied by Brewster & Co. of New York. Introduced in June 1915, this was the company’s first mass-produced 12-cylinder engine. This large engine resulted in the nicknaming of the car the 12 Apostles. The V12 engine was introduced to improve the car’s performance and smoothness, and to ensure a quieter ride. According to Automobile, a British motoring magazine, “No vibration was perceptible up to road speed of well over 60 mph.”