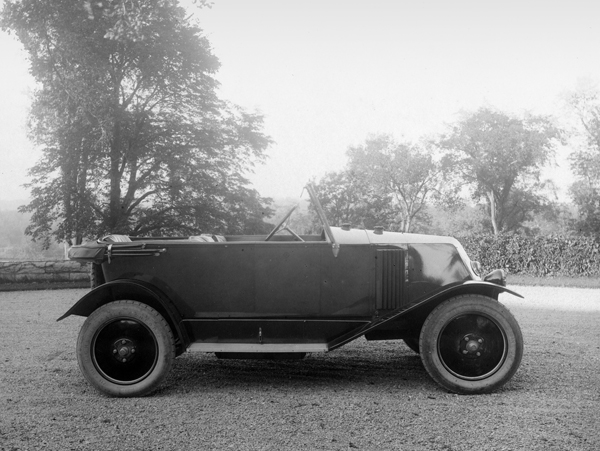 T he 1924 Renault Torpedo held a special place in the collection, serving as Larz Anderson’s personal car that he drove. Built in Billancourt, France, this was the company’s first high-volume manufactured car. Also known as the K5 model, Renault wanted to create a car that was low cost with low government-imposed taxes. A small and compact car, the vehicle weighed only 1,874 pounds and went up to 37 mph.

The Torpedo was rear-wheel drive and powered by a 4-cylinder engine. It had no bumpers, a folding canvas roof support top, and only one door. The radiator was placed behind the engine, which provided warmth during the wintertime. However, having such a powerful piece of equipment so close to the driver created many safety issues that led to the eventual unpopularity of the vehicle.