The Larz Anderson Auto Museum has a rich history as the epicenter of celebrating automotive excellence in the Boston area. Its halls are often graced with stunning classic and vintage automobiles from various decades. These vehicles highlight where the passion of the automobile has taken us in the past century, but what of the decades to come?

In recent years, the exploding popularity of Cars & Coffee have catapulted a new breed of enthusiast and collector into the forefront. This New Guard is responsible for carrying on the torch of the hobby.

The MotorMouth Live Storytelling Series will showcase five prominent members of the automotive community that are critical to moving the enthusiast sphere of influence into the future. Each represent important sectors of the automotive landscape in the Boston area, and have important insights about how the community has grown in recent years, the rise of recent automotive trends (i.e., which late model cars have or may become future classics), and where it may be going in the years ahead. 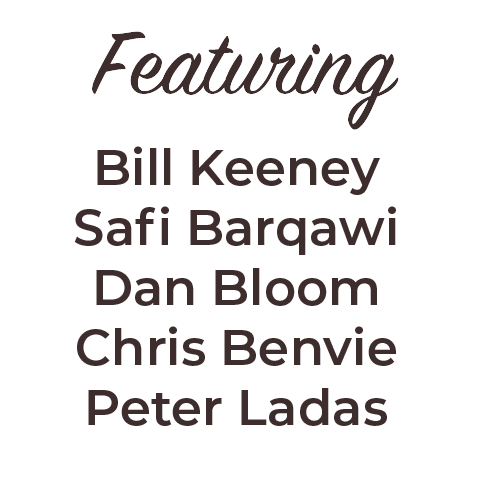 Bill Keeney is a lifelong vintage car enthusiast, with a penchant for Porsches—as exemplified by his affiliation with the Northeast Region of the Porsche Club of America. Keeney has become an important and ever-enthusiastic member and supporter of the New England Car Community. He is a fixture at rallies, both vintage and modern. An ardent proponent of preserving automotive history, Keeney serves as the Vice President of the Board of Directors of the Larz Anderson Auto Museum in Brookline, Massachusetts.

Safi Barqawi is the owner of AVI Boston, specializing in high-quality vehicle customization. More than just audio and video upgrades, Safi helped promote the concept of “OEM Plus,” modifications that are tasteful and refined enough to look like they could have been factory options. Go to any Boston Cars & Coffee, and you’ll find dozens of cars with the “AVI” sticker on the back.

Dan Bloom quickly realized after years of attending high performance driving events and various racing schools, that his ideal driving outlet didn't exist. There were the mostly crowded and unstructured traditional "track days" on one end of the spectrum and there were very structured, full on racing schools on the other, but nothing in-between. Dan then created Apex Driving Events, Currently Apex operates out of 5 different tracks on the east coast and has hosted over 250 + drivers since it's inception.

Chris Benvie has a unique perspective on the auto industry having been born into a multigenerational family of purveyors of automobiles, spanning many, many years. For almost the entirety of his adult life, Benvie has carried this family tradition forward, in his own way, and for more than a decade now has had an expanding management career with industry powerhouse Cox Automotive, Kelly Blue Book and Autotrader.com. Benvie has been very active on the New England car scene as an enthusiast, having been cofounder of Cape Run, Cars and Copters, Yuppie Rally, Boston Cars & Coffee at Larz Anderson and events too numerous to mention over the years.

At 33, Benvie has owned more than 40 cars and counting: from a Ford Taurus SHO, to his current whip of choice, a McLaren 570, with many high-performance cars in between. He is a true car guy! His favorite car presumably is the next one!

For the past four years, Benvie has served very actively as a Larz Anderson Auto Museum Board Member. As such he has supported the Museum’s interests in many ways including participating in the day-of operations of several significant Museum events.

When Peter Ladas could not find a car community to fit his lifestyle, he founded YuppieRacing. 16 years later, it is at the heart of the Boston enthusiast community. YuppieRacing celebrates the automobile and helps to re-cast public perception of gear heads by raising money for different charities. He is one of the co-founders of Art of the Automobile, and is influential in steering the direction of the region’s automotive enthusiast scene.

Each speaker will have time to discuss their passion for cars, what inspired them to become gearheads, their observations of the current state of the hobby, and their part in growing Boston Cars & Coffee, which has its inaugural show of the 2018 season the very next day!

Following each speaker’s individual turn at the mic, all four members will join us on stage for a roundtable discussion. This will be an opportunity to discuss what they find important to the automotive community; where they see the hobby going in the years to come, and what needs to be done to sustain (or grow) Boston Cars & Coffee’s current popularity. This phase of the evening will also include questions from the audience.

We encourage all show-goers to bring their rides, so we can have an impromptu “Supercars Under the Stars."